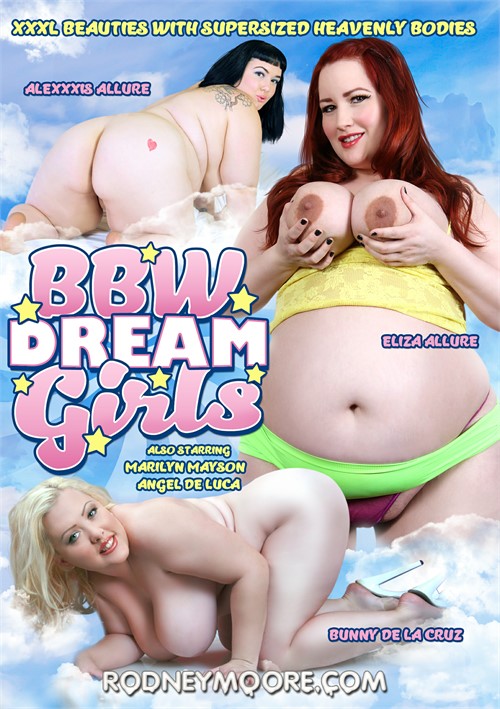 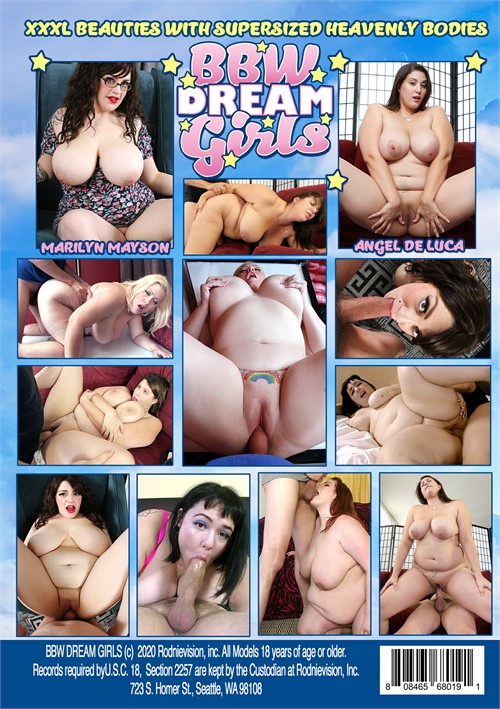 BBW Dream Girls
Rodney Moore brings his classic humor and fun storylines, coupled with hot, fun and kinky sex to the ultimate in BBW fantasies. BBW Dream Girls brings the most beautiful BBW's to life! Step Dad's Bedtime Remedy There's a huge scary thunderstorm outside, and Alexxxis is scared. She comes running to the safety of Stepdaddy Rodney's bedroom, because Mom is out of town. Turns out that Mom usually lets her sleep in her bed when she's scared. So Rodney, always the good stepdad, lets her hop in the bed too. Alexxxis is really scared of the thunderclaps, and getting snuggly with Rodney is really helping to ease her fears. A little snuggling leads to kissing and fondling, and before you know it, Rodney is scared too...scared stiff that is, so he plunges his cock deep into her plump pussy to calm her nerves. Then Alexxxis hops on top and smothers Rodney's face while taking his huge cock deep in her throat. A little more bangin and Rodney flips her on her back and gives her pussy a good lickin and shoves his tongue deep in her ass. Then he grabs her from behind and bangs her doggy style and then some. It's starting to get late so Rodney fills her mouth with a big load of warm man milk, so now she can go to sleep. Nipple Switch Marilyn Mayson has just started as a private dancer and Rodney is her first client. She's excited but shy. After she gets changed Marilyn's huge tits are hanging out and Rodney gets friendly. Soon he learns pinching Marilyn's nipples is the switch to turn her from shy BBW into an ravenous chubby whore. As Rodney buries his face in Marilyn's chubby ass and pussy she shakes and moans with pleasure. After getting fucked hard Marilyn makes sure to taste her pussy juices on Rodney's cock before getting a Rodney Blast. Not-so-Tiny Dancer Bunny is a scale bustin' stripper with all the right moves. Rodney watches her dance and, with a drink in one hand and a fistfull of cash in the other, he starts cramming bills into every fold and flap on her body. But money just isn't the same, so Rodney whips out his cock and starts cramming that in instead. They fuck every which way until he shoots his load on her massive tits and face. Step Dad's Big Big Secret Angel finds some old VHS porn at her friend's place. After watching a little bit of it, she's convinced the male actor in the scene is her Stepdaddy, Rodney. It sure does sound like him and that's his big nose too!! But the only way to know for sure is to see if he has an uncut cock just like the performer on the video. She confronts Rodney about the find and when she sees his uncut member, he ultimately admits to doing some porn a long time ago. Angel's never had an uncut dick inside her before and she's fascinated by Rodney's big package. She convinces him to let her suck his dick and she's happy to let him lick her pussy. Before long he slides his cock into her tight twat. Her huge tits bounce against her chin as she bangs her mercilessly. He rolls her over getting her big ass high in the air. After giving her big butt a big spanking he goes back to pounding her pussy. They continue to fuck and suck each other until he goos up her hole good with a step dad cream pie. Preggo Internet Hookup Rodney comes to Eliza Allure's hotel room to fix her internet connection issues. She is 8 months pregnant and the sight of her giant belly is turning Rodney on. He politely asks if he could take a quick look at her baby bump. Even though she thinks it's weird, she agrees. Of course Rodney also has to touch it and this leads to touching her in other places as well. She hasn't had sex in 8 months so she quickly succumbs to Rodney's advances. Before you know it her giant tits get a good fucking from Rodney's giant dick before she sits on his face. Rodney plows her plump pussy and in the end, she gets a creamy Rodney Blast to the face.