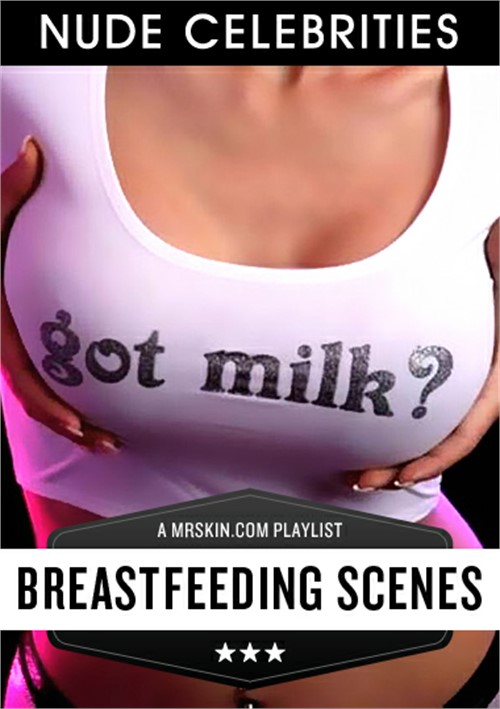 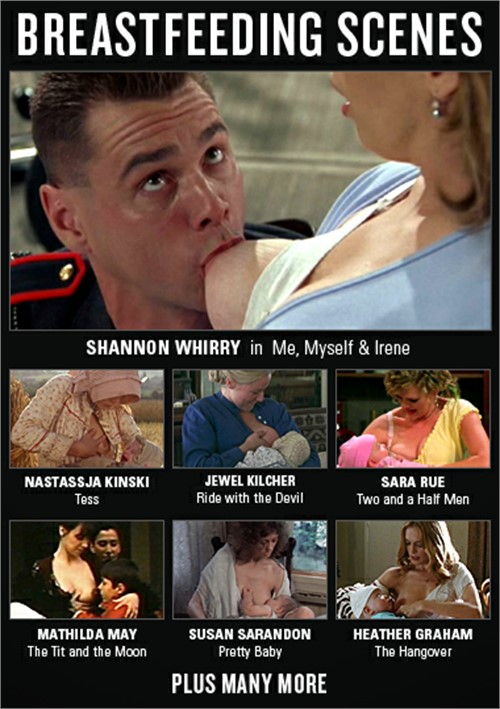 Breastfeeding Scenes
Got milk? These lovely lactating ladies do, and they're offering up their swollen, milk-filled udders for babies (of all ages) to latch onto. So tie on your bib and open wide for the dairy delights of Mr. Skin's Breastfeeding Scenes playlist. Dinner is served: First, Heather Graham gives a hoot (hooter, that is) to her baby for a suckle in The Hangover (2009), and Lifeforce babe Mathilda May lets a elementary-school age kid suck on her tit before spraying her sweet mam milk like a fountain into his mouth in the appropriately named The Tit and the Moon (1994). Next, Jim Carrey gives Shannon Whirry's milky mam a whirl in Me, Myself, and Irene (2000), Susan Sarandon feeds a baby with her pretty boobies in Pretty Baby (1978), and Nastassja Kinski lets a lucky baby dine al fresco whipping her tit out in a field in Tess (1979). After that, Clementine Celarie offers her right round to her man while a baby sucks on the left in Betty Blue (1986), Virginie Ledoyen strips fully nude and breast-feeds a baby while a rapt audience looks on in House of Voices (2004), Rebecca De Mornay gives her DeMammary to a hungry baby in The Hand that Rocks the Cradle (1992), and Salma Hayek takes a bite of suit while feeding her baby lunch in In the Time of the Butterflies (2001). Next, Alexandra Stewart and Cathryn Harrison offer up their breast milk to a wrinkled old woman in two super-kinky scenes from Black Moon (1975), Vida Taylor launches her lacto-bombs into a kid's mouth in Clash of the Titans (1981), Sara Rue pulls out her boob in a coffee shop to feed her kid on Two and a Half Men, Jewel Kilcher unties her old-fashioned top to expose her milk-filled fun bags as a guy looks on in Ride with the Devil (1999), and Isabelle Nanty whips out her hugely swollen suck sack so her guy can have a drink in La Passion Beatrice (1987). Then we've got more Euro orbs from Islid Le Besco as she toplessly offers a midnight snack to an infant in A Song of Innocence (2005), Charlotte Rampling briefly giving her kid a taste of the ol' dairy delight in Zardoz (1974), a baby loudly, lustily sucking on Mylene Jampanoi's heavy, milk-filled hooter in Gansbourg: A Heroic Life (2010), and sexy fraulien Larissa Iwlewa pulling down her bra to expose her petite teat to her baby and a guy looking on in Heimat 3: Chronik einer Zeitenwende. Next, Jade Go shows just the quickest sliver of suck sack as her baby is taken away from her in The Last Emperor (1987), Janice Beliveau gives us a nice look at her swollen lactoids taking a bath with, and then feeding, her babies in Enter the Void (2009), and Terry Pheto bares her Mother Africa to feed a hungry baby with her dairy delights in Tsotsi (2005). After that we continue our out Around the World in Milky Tits as Indian eyeful Anu Agrawal lets a baby suckler her breast in Khal-Naaikaa (1993), lovely lass Jennifer Ehle gets Irish eyes smiling with a breast feeding scene from Wilde (1998), and then we've got a trio of Spanish sweet rolls with baby-feeders en espanol from Francesca Dellera in La Carne (1991), Marilla Pera in Pixote (1981), and Laura Mana in The Tit and the Moon (1994). Then wipe your mouth as a barely recognizable Tilda Swinton puts her baby-feeder away after dinner in The War Zone (1999), Clementine Celarie dozes off with one dairy bomb exposed while feeding her baby in Les Braqueuses (1994), redhead Rhona Mitra whips out her feeding bottles in Passion of the Priest (1998), beautiful Black babe Nadege Beausson-Diagne comforts a kid with her left lacto-launcher hanging out in The Bathers (2003), Nicole Krejci shows just the teeniest sliver of a suck stalk feeding her baby in public in Night of the Living Dorks (2004), Anne Brochet gives her teeny little breast to a dude for a drink in All the Mornings of the World (1991), Japanese babe Reiko Kasahara offers up her milk-filled Rising Sun to an infant in Shogun Assassin (1980), and finally Klaudia Kaca struggles with a baddie competing with her baby for boob real estate in Essential Killing (2010). Now, anybody up for dessert?