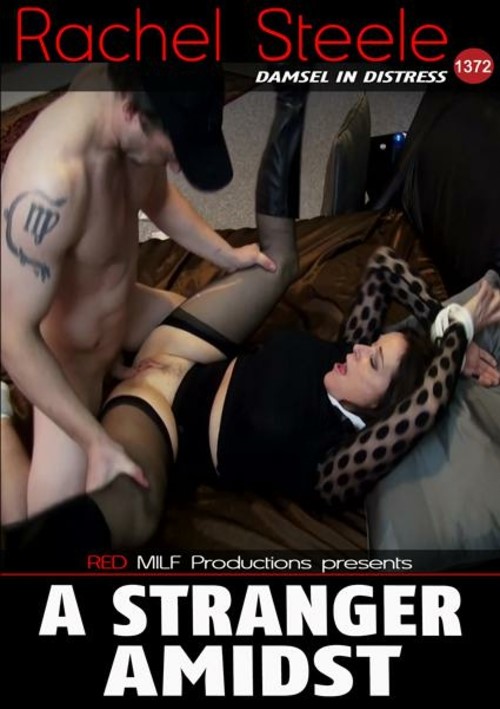 Damsel In Distress 1372 - A Stranger Amidst
Sexy divorcee Rachel Steele spotted a strange car parked in her driveway as she returned from work. Before she could ask the driver what he wanted, he pulled out and sped past her. From a brief glimpse, Rachel saw that he was shabby and furtive. He wore sunglasses and a baseball cap, and she assumed it was because he was trying to hide his identity. The whole thing made Rachel uneasy. She lived in a safe, rich neighborhood. She did not want bums and creeps coming around and spoiling things. Her attention increased when she spotted the car again the following day. This time it was at the roadside. Approaching cautiously, Rachel peered into it. The driver was not there, but the car was filled with blankets and provisions. Something about the situation made Rachel even more nervous than ever. Later, back at home, she paced back in forth in her bedroom, occasionally peeking out the window. Just as was she scolding herself for acting paranoid, Rachel got a nasty shock. Glancing out at her back yard, she saw the driver standing there. He seemed to be gibbering to himself while staring directly - menacingly - up at her. When he suddenly pointed his finger at Rachel, she broke into complete panic. She now knew for certain that she was in danger - that the man had singled her out for an unpleasant fate. However, before she had a chance to react, she saw him move towards the house. Belatedly Rachel tried to race to her front door and lock it. Halting at the landing, she let out a scream as she saw the man already stood in her foyer. His manner was the same as before. Again he pointed at Rachel. As she turned and ran back to her bedroom, he suddenly sprang into action, following her like a hunter. Cornered, Rachel fell screaming into his clutches. Her mouth was covered with his dirty hand and she was grabbed from behind and thrown down onto her bed. There the man gagged and bound her before stripping himself naked while she lay writhing helplessly before him. Seeing what was about to happen, Rachel made a terrified plea through her gag. Ok, do what you want, but please don't harm me. Shortly after, the man straddled her chest and put his cock into her mouth. For a long time Rachel was deeply and cruelly face-fucked. She had no choice but to take the cock deep and suck it. The next thing Rachel knew her pussy was being pounded hard. She squirmed and sobbed, but it was all in vain. She had to take it all - until the man pulled out and sprayed a load of cum all over her body. Then, just when Rachel thought things could not get any worse, it did.